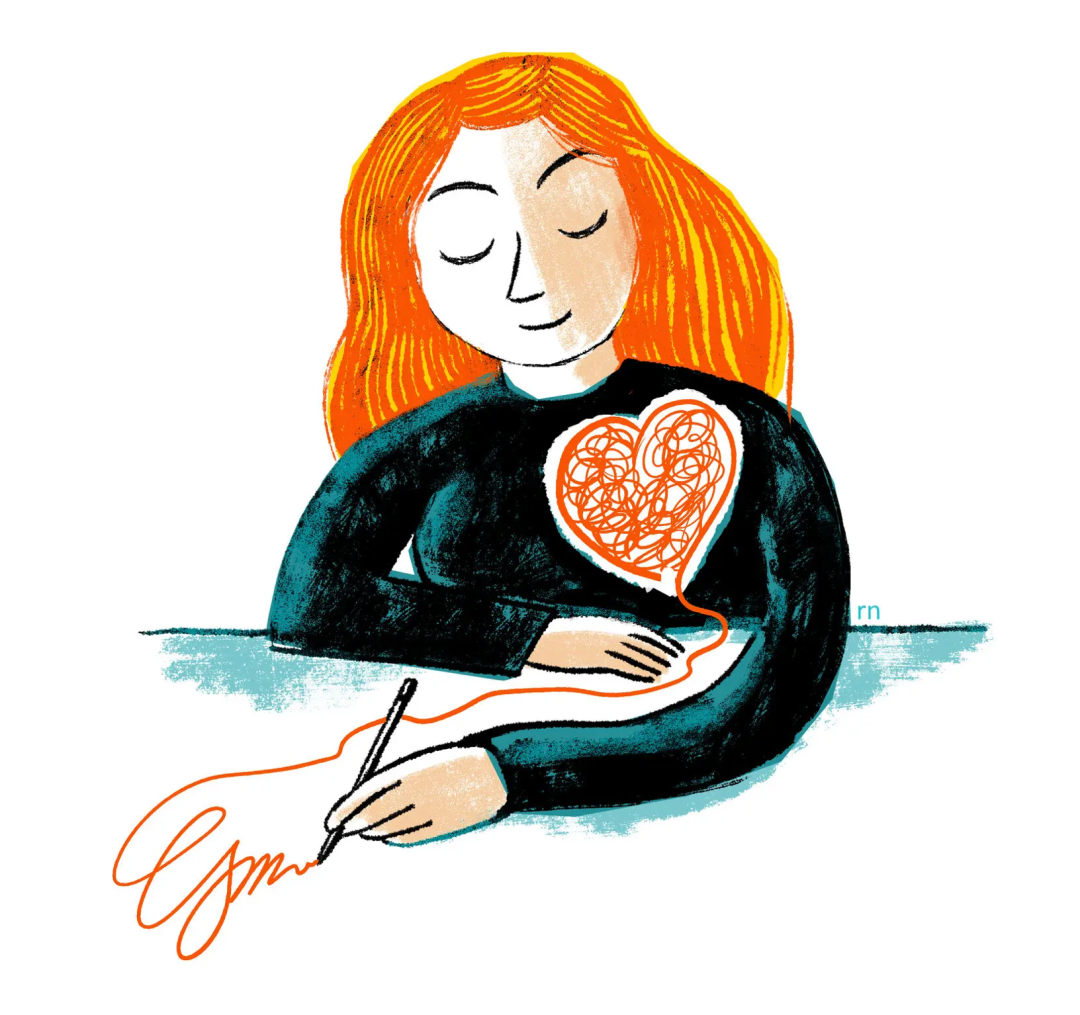 My mom finds a baffling delight from drinking from glass, hotel-grade water dispensers. Even when three-day-old lemon rinds float in stale water, drinking from the dispenser remains luxurious. Last year for her birthday, I saved enough to buy a water dispenser for our kitchen counter. However, instead of water, I filled it with handwritten notes encouraging her to chase her dreams of a career.（立意鲜明，取材于生活）

As I grew older, I noticed that my mom yearned to pursue her passions and to make her own money. She spent years as a stay-at-home mom and limited our household chores as much as she could, taking the burden upon herself so that my brothers and I could focus on our education. However, I could tell from her curiosity of and attitudes toward working women that she envied their financial freedom and the self-esteem that must come with it.（善于观察生活，并进行总结） When I asked her about working again, she would tell me to focus on achieving the American dream that I knew she had once dreamed for herself.

For years, I watched her effortlessly light up conversations with both strangers and family. Her empathy and ability to understand the needs, wants and struggles of a diverse group of people empowered her to reach the hearts of every person at a dinner table, even when the story itself did not apply to them at all. She could make anyone laugh, and I wanted her to be paid for it. “Mom, have you ever thought about being a stand-up comedian?”

She laughed at the idea, but then she started wondering aloud about what she would joke about and how comedy shows were booked. As she began dreaming of a comedy career, the reality of her current life as a stay-at-home mom sank in. She began to cry and told me it was too late for her. I could not bear to watch her struggle between ambition and doubt.

Her birthday was coming up. Although I had already bought her a present, I realized what I actually wanted to give her was the strength to finally put herself first and to take a chance. I placed little notes of encouragement inside the water dispenser. I asked my family and her closest friends to do the same. These friends told her other friends, and eventually I had grown a network of supporters who emailed me their admiration for my mom. From these emails, I hand wrote 146 notes, crediting all of these supporters that also believed in my mom. Some provided me with sentences, others with five-paragraph-long essays. Yet, each note was an iteration of the same sentiment: “You are hilarious, full of life, and ready to take on the stage.”

On the day of her birthday, my mom unwrapped my oddly shaped present and saw the water dispenser I bought her. She was not surprised, as she had hinted at it for many years. But then as she kept unwrapping, she saw that inside the dispenser there were these little notes that filled the whole thing. As she kept picking out and reading the notes, I could tell she was starting to believe what they said. She started to weep with her hands full of notes. She could not believe the support was real, that everyone knew she had a special gift and believed in her.（适当且细腻的描绘，容易让招生官产生共情）

Within two months, my mom performed her first set in a New York comedy club. Within a year, my mom booked a monthly headlining show at the nation’s premier comedy club.

I am not sure what happened to the water dispenser. But I have read the notes with my mom countless times. They are framed and line the walls of her new office space that she rented with the profits she made from working as a professional comedian. For many parents, their children’s careers are their greatest accomplishment, but for me my mom’s is mine. 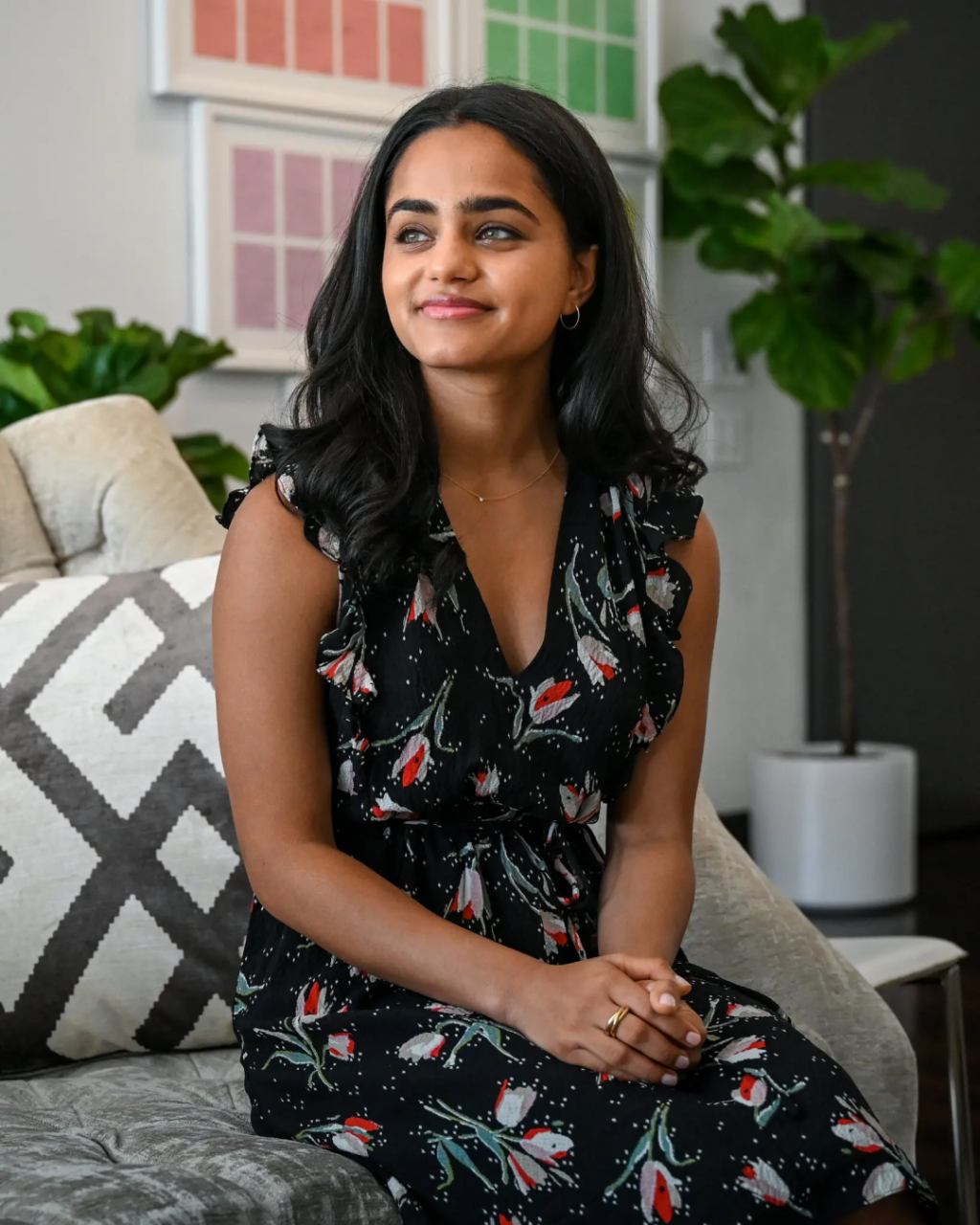 题目：Some students have a background, identity, interest, or talent so meaningful they believe their application would be incomplete without it. If this sounds like you, please share your story.

I found solace in poetry. Well, poetry recitation more precisely. Unconsciously, I have straddled a divide my whole life. My parents are immigrants, and when I started school, my parents and my peers made me aware of my differences. Unlike some of my peers, I had to act a certain way or prove I was capable of accomplishment to achieve greater opportunities. Naturally, I acclimated to my environment: I made friends with the white kids who hardly got in trouble, even though I looked different; I read and spoke exclusively English, even though Spanish came more naturally; at playtime, I would always make-believe that I married the princess, even though I would have liked just as much to have married a prince. I mastered the art of code-switching.（非常幽默且艺术的表达方式，是全文 的一抹亮色） In my mind, my vitality and my capacity to succeed in Not-Quite-Rural-But-Still-Agricultural Georgia hinged upon my presentation of palatability to my peers. Even still, I constantly obsess over my peers’ perceptions of me. Do I come off as too arrogant? Too overly-intellectual? Too “colorful”? Too silly and groundless? I work tirelessly to adjust for these possibilities.

Early on, I gravitated toward poetry as a medium for expression. Each day, I adjusted myself more and more to fit the expectations which infused my small southern town. In public, though outwardly approachable, I critically analyzed each move I made and word I spoke. In the literary arts, however, I could see things the way others saw them and identify myself with language that spoke directly to my experiences. In school, I was careful to never appear too Hispanic for fear of succumbing to a stereotype of being under-educated or uninformed; at home, never too flamboyant, lest my parents become suspicious that something is awry; always, never too outside-the-norm. In poetry though, I could become Oscar Wilde and Maya Angelou, taking on their plights and their triumphs. I could escape into Neruda’s wistfulness or Hughes’ sentimentality. I could, for a brief period, remove myself from my own reality, rife with incessant existential questioning, and place myself in another, divining from the diction and structure a sort of psychoanalysis to be applied to my conscientious understanding of human interaction.

When I was first assigned a poetry recitation in American Literature, I didn’t realize it would change my outlook forever. Eagerly, I seized the opportunity to express myself openly through poetry. Having shied away from theatre for fear of being categorized or negatively conceived, I readily accepted the challenge to explore my emotional and performative range.（兴趣带给自己的改变，可能一开始只是想法的转变，却能带动之后一系列的变化） The recitation competition called Poetry Out Loud asks students to memorize poems and recite them in such a way which reveals their deeper meanings. I felt ready. I got to the regional-level competition during sophomore year, and my elation and excitement about the mere existence of this program resulted in my pursuant interest. At last, I found a medium, a wide-reaching community of support through which I might finally come to understand the purposes and effects of my struggles. Poetry allowed me to truly observe the wires in which we entangle ourselves and cemented the idea that I had for so long ignored: everyone shares struggles, be they large or small, and life is a quest to overcome them.

With junior year came the guidance of incredible and supportive mentors that led me to that stage in Washington, D.C. where I won third place nationally in the Poetry Out Loud recitation competition. I had never felt so accomplished and bursting with resolution. To myself, even if to no one else, I proclaimed resolutely that I am Latino, I am bisexual, I am unafraid, and I am intellectually charged with finding how best to help others who have faced doubts similar to those I had. Surrounded by the diversity and fiery passion of fellow solace-seekers, I began to undo the ties in which I’d confined myself. 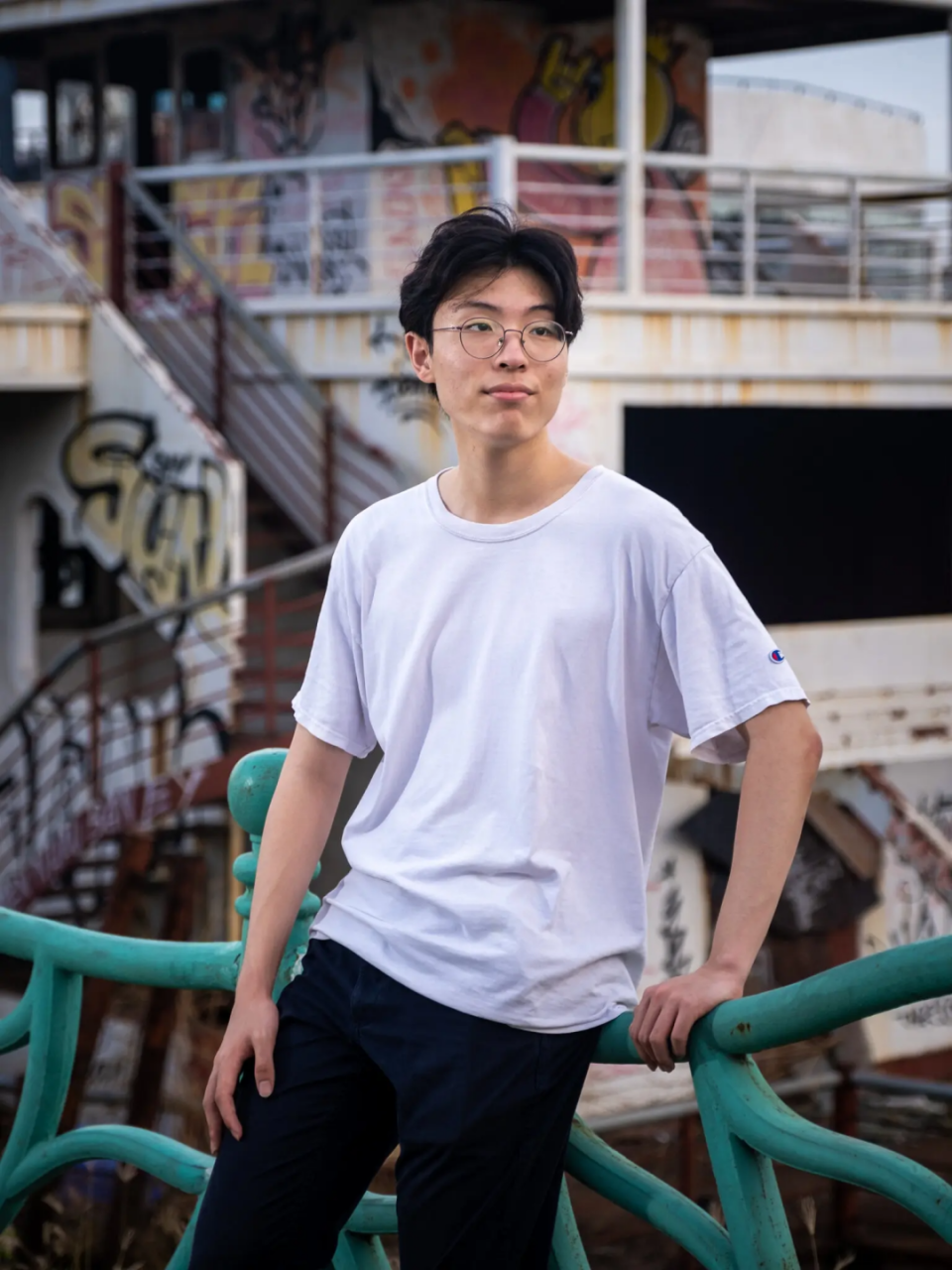 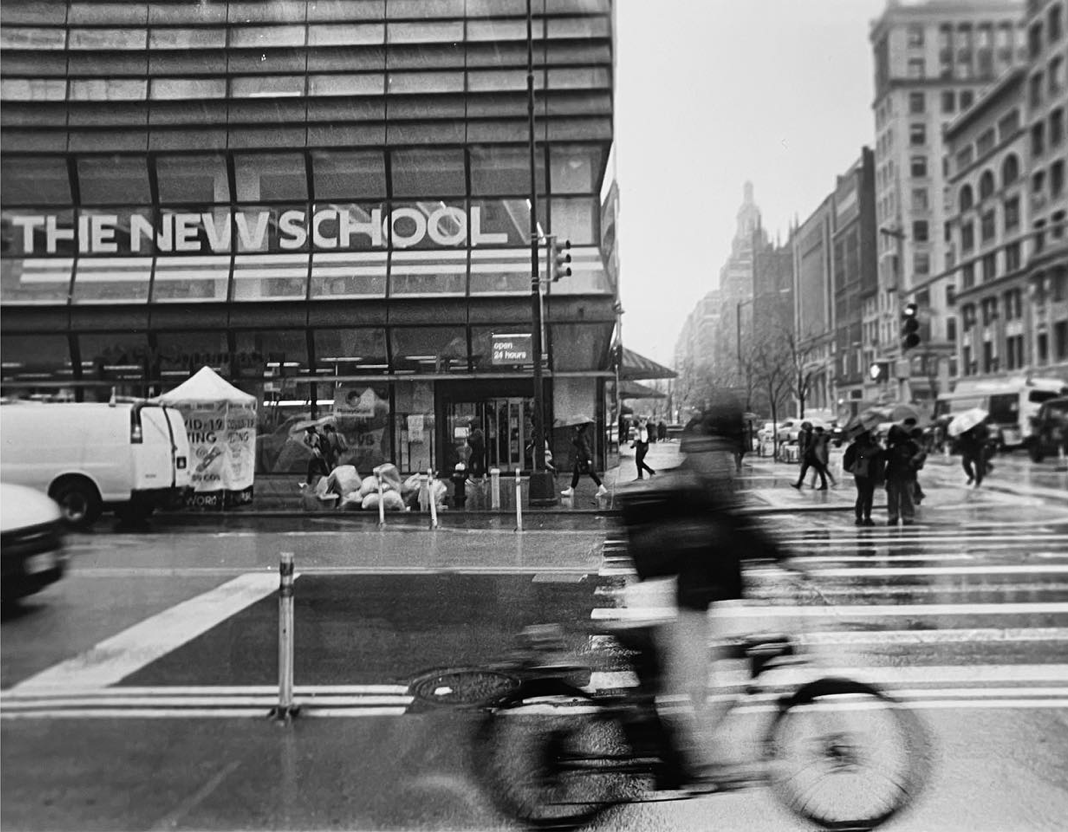